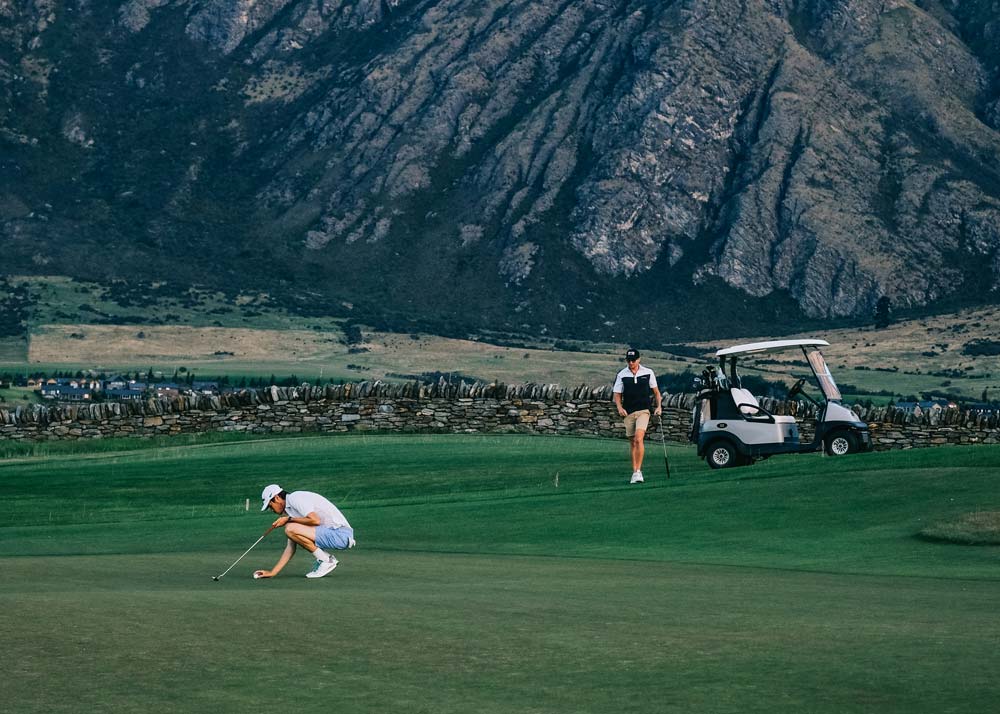 Think about the best putter you've ever played against.

Whether it's someone you play regularly with, or competed against many moons ago, what was it about them and their style that made them such a good putter?

Was it the way the putter looked in their hands? The tempo of their stroke or their body language? Or the way they read greens and seemed to make so many long ones?

Did they always seem to hole the trickiest putts at the crucial time?

If you think about them in more detail for a moment, do you remember anything peculiar about the way they putted? Was their grip traditional, left below right, or claw? What style of putter did they use? What was their posture like?

Think about someone known as having a perfect, neutral putting technique - Tiger Woods in his prime, for example - did this golfer look like that?

I suspect that, in at least a few ways, the answer is no.

The greens at the club where I grew up were some of the most slopy in the area, having been built on old mining land. This called for a lot of creativity and made for a lot of fun,  but meant there could be some very demanding putts from 10 foot and in.

The best putter at the club was the guy who seemed to always hole those testy four, five, even six footers for par, or for birdie at par 5’s, coming down the stretch in a competition. He was a great left handed player who hit the ball miles, had a great swing, solid technique... and a swagger about him.

Yet when he putted, he didn't look right. He stood with an almost uncomfortably wide stance. His grip was traditional but the position of his head was way inside the line.

And to top it off, he took the putter head back such a long way on those short ones, and with such pace, that there was no way he wasn't decelerating as he actually struck the ball.

This goes against one of the core fundamentals of putting and one of the things everyone is taught - that by decelerating into putts you create doubt and are unlikely to start the ball on line.

But this guy was confidently the best putter in the club. A plus handicap golfer, with the course record and multiple Club Championships to his name.

Obviously, I'm not petitioning for you to start copying this guy's technique! What gave him confidence is unlikely to do the same for you.

What this anecdote does is remind us that there is no perfect way to putt. That the way you putt doesn't matter, if it's something you can believe in. That consistently gets the ball in the hole.

Throughout golfing history there have been a tremendous variety of putting strokes and styles. The great Jack Nicklaus took a hunched stance over the ball and putted with a 'wristy' stroke. The great South African Bobby Locke had a peculiar style that few Pro’s would try to teach.

In more modern times, think of Jordan Spieth, putting left hand below right while looking at the hole - no one had seen that before when he came out on Tour.

What I'm highlighting is that the secret to great putting is not in the stroke. So why have any worries about what it looks like, or feels like, if it's doing the job? Why try to make it 'perfect'? To get the ball in the hole more often, love what you've got.

Do you think the great putter you brought to mind at the beginning hated his or her putting stroke? That they’d spent hours in front of the mirror trying to make it look and feel perfect? Or do you think he or she embraced its quirks, trusted them, and in doing so freed up their mind to enjoy the challenge of putting, and to enjoy the feeling of making putts - in their own unique way.

So the concept that I’d like you to focus on today as you practice or play is to really love your putting stroke, however it currently looks or feels. Rather than trying to make it feel or look perfect, embrace the fact that it isn’t, then put it out of your mind.

Instead, focus on allowing your mind to be clear and confident. And you will hole more putts.

You could try our 'TBA' Putting session to help get your mind in a great place when you putt. It's proven to reduce the number of putts you take per round.

So, learn to love your putting stroke.

And perhaps in the not too distant future, you'll be the golfer someone else thinks of when they stumble across this Golf Guru article...

The Power Of Positive Thinking
Discover why positivity will give you the edge on the golf course.